A three day congress, the first of it’s kind in Spain, has found itself the target of criticism over the cost of aiming to inaugurate a national conversation on financial responsibility, in particular in the administration of local, regional, national and EU funding.  Some opposition parties, many of whom, it seems, were not invited, have sought clarifications on how the expenditure for the event itself was decided, and why there was only one sound and lighting company invited to tender for it’s production. A tender that was expediently awarded just two days prior to the event.

For their part, the Ayuntamiento de San Bartolomé de Tirajana say that all the relevant procedures were followed in a regulated way and have rebutted claims of “lavish parties” at tax payers’ expense, and say that Champagne served at the evening events had been gifted by the venue as part of their hosting of the delegates and hospitality.

Closer scrutiny will of course be required as we head towards the next 6 months of build up towards Local Elections next year.

Conchi Narváez: “The city councils will be the executors of a very important part of the European funds that will serve to transform our society and our economy to strengthen them, making them better, fairer, more social, efficient and sustainable”

On the morning of November 16 the ‘I Congress of Local Administration FHN Maspalomas – Santa Lucía 2022’ was inaugurated in San Bartolomé de Tirajana, bringing together a prestigious list of, what were billed as, some of the highest qualified national civil service representatives (administrators, secretaries and treasurers of local administration) from all around the country.

The inaugural act was presided over by the mayoress of San Bartolomé de Tirajana, Conchi Narváez, along with the Cabildo de Gran Canaria’s Councillor for Tourism, Carlos Álamo; the Spanish Government’s sub-delegate to Las Palmas, María Teresa Mayans, and the mayor of Santa Lucía de Tirajana, Francisco García.

Narváez, during her speech, referred to the current situation within local administrations, “in a post-pandemic scenario and, now, in the midst of an inflationary and war crisis. Fortunately, the EU has arbitrated the ‘Next Generation EU’ funds, which finance various mechanisms, including ‘Recovery and Resilience’, which has led to the approval of the Plan de Recuperación, Transformación y Resiliencia, España Puede´ (PRTR)” or the Plan’ for Recovery, Transformation and Resilience, España Puede (PRTR)”. The mayor said that “without doubt, the role of city councils in this context is essential. We are the first line of the Public Administration and, therefore, the primary and priority link in this era of sustainability”.

She added that “city councils will be the executors of a very important part of these European funds that are to serve to transform our society and our economy to strengthen them, making them better, fairer, more social, efficient and sustainable.

The council leader added that “to achieve these objectives we must manage better, spend less, while taking advantage of every last penny of these funds to achieve those objectives on a horizon that looks uncertain, both geopolitically and economically.”

The congress hosted by the Hotel Riu Palace Maspalomas, seeks to place Maspalomas Costa Canaria at the national epicentre for analysis and debate on the challenges faced in management of local corporations and was organised by the San Bartolomé de Tirajana Ayuntamiento alongside the Santa Lucía de Tirajana Town Hall, with the collaboration of the Cabildo de Gran Canaria and the Gran Canaria Tourist Board.

Maspalomas Costa Canaria is now now celebrating its 60th year of success as a social and economic benchmark in Spain, as a pioneer of sustainable development in tourism and urban infrastructure.

It is the first time that the Autonomous Community of the Canary Islands has ever hosted such senior officials from the Spanish Ministry of Finance in a forum of this nature, with attendees including professors, magistrates and authorised national officials.

The main objective of the congress was to analyse the problem of financial sustainability, focused on deficit and public debt of the Public Administrations and local financing.

The main regulatory novelties incorporated in the new Draft Law of the General State Budgets for the year 2023 were discussed and analysed. 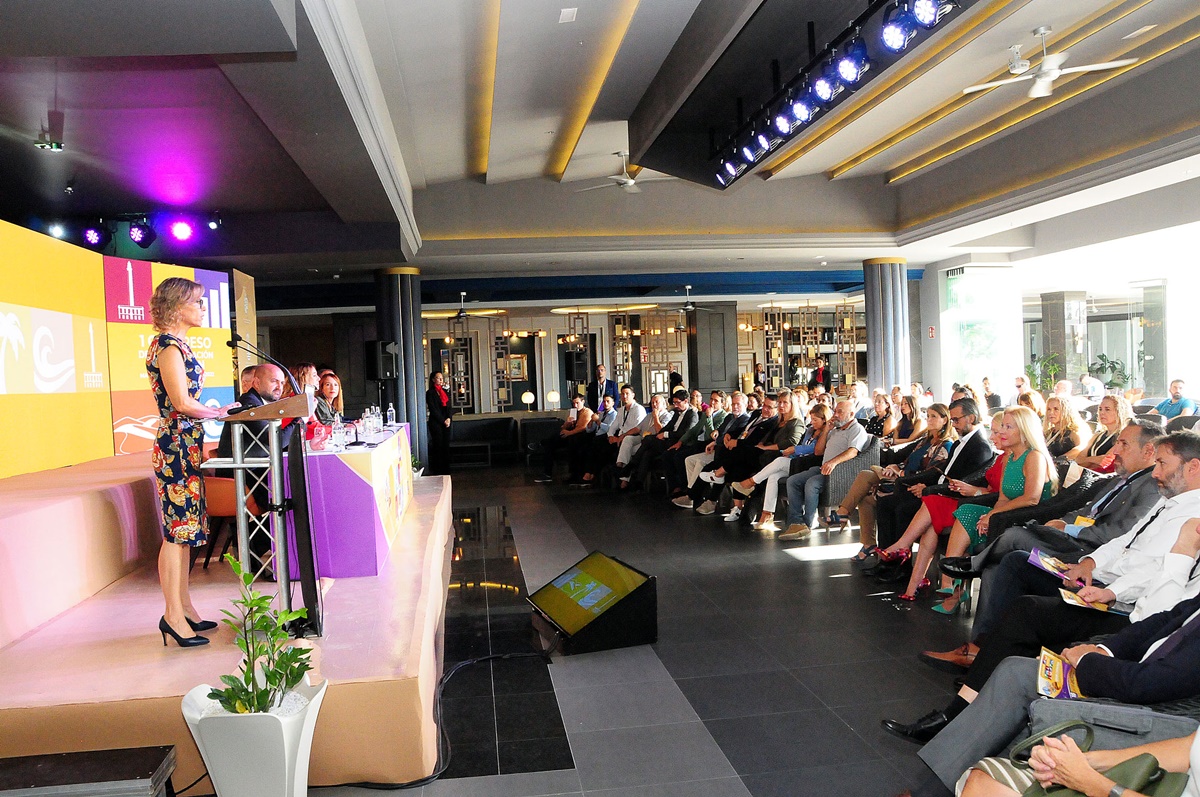 At the end of each day, the Congress organised evenings at which guests could get to learn about and taste local produce from the host municipalities, in a unique space with an international profile, including such emblems as the Faro de Maspalomas Lighthouse. Let’s Dance! Canary Islands to lift all Covid-19 restrictions on Thursday, but mask rules will continue for a little while longer